For my second genius hour project, i decided to do it about Video Games, more specifically the process of making one and the positive and negative effects of playing them. I chose this because I’m a gamer myself, and there has always been a misconception of games being bad and addictive so I wanted to spread a message. By doing this, I learnt a lot of new things about gaming such as, you get sharper reflexes and social skills while playing video games, and I also could relate to others when I read that video game causes anger, Which is true.

During and After the making of this project, I improved as a person because I understood a lot more about one of my favorite hobbies, and I knew what went into making video games and how they affect my brain. A way I helped myself was by making sure that I know what happens to me, and I also help other gamers if this message gets out there, they will understand gaming more and non-gamers won’t associate gaming with being highly addictive and causing violence. For my next genius hour project, I am not sure what I will do but I would like to talk about Animal abuse. If I talk about that, it would raise awareness about animals who are being abused for the joy and enrichment of humans. If the message of my next genius hour project gets far, it could save many animals from getting beat, separated from their home, and or tormented.

Here is a link to the slideshow I made for this: project: https://docs.google.com/presentation/d/1AfXUGsGkW5eS01xjXQhgCmnf_qinUnolaDg9SwzGp-k/edit

For my Genius Hour Project I followed 1o experts on gaming to help me, here is a list of them an why I chose them:

@LaScaldaferri – Is a game animator.

@the_moviebob – Is a game writer, screenwriter, and producer.

@EC_OtherDan – Is a game system designer and works at Blizzard, a famous game producer.

@ExtraCreditz – Are a group of game testers and also have a popular YouTube channel.

@CauseImDanJones – Is an artist for the channel Extra Credits.

@charlestan – Is a designer and Illustrator.

@MLG – (Major League Gaming) Is the number one worldwide for competitive eSports.

These are important to my project because it is about gaming. To be more specific, the way games are made and what is needed to make one, and the effects of gaming (positive and negative).  That is why I have included game writers, illustrators, producer, etc. I tweeted general question about gaming such as, “What are the three main purposed of gaming???” I posted this in a tweet and I only got a couple of likes and unfortunately no replies. They answers could have greatly helped me for my project, because it would be examples of what experts on the making and testing of gaming think of it. With that information my project can be a lot better and have various opinions from different experts. However, I haven’t had any success with any of my questions, because no one responded to the question.

I shared some of the work and tweets from some of the experts to show them I was interested in what they what doing, but they didn’t follow me back. However to my surprise, I got a follow out of nowhere from @CcLiviu who tweets interesting facts about games, game developments, etc. He was very helpful to the making of my project. I did not get any assistance from the experts except for @13branniy, after I shared a video he posted about new animations for his game and said it was pretty cool, he sent me a DM, thanking me and giving me links to him website. I was happy about that, so I proceeded to DM him back a questions, I never got an answer, which led me to the conclusion that it was probably a programmed answer to anyone who shares his tweets.

Overall, gathering information from experts on twitter was discouraging at times. however it served as a leaning experience and I could use this strategy if I have project in the future. Next time I use this, I’ll have to be more active and try to maximize interactions with experts. My results weren’t the best, but they are a beginning, I had classmate who receive nothing from experts, and others had regular interactions with them. This is my first time playing around with twitter, and I believe that if I was more persistent and understood how the experts used twitter, my results would have been better, but this is my first attempt at doing this, so they is room for improvement. To conclude, this project was a challenging introduction to twitter and hot to develop a relationship with experts to receive help for projects. Will Viles via Compfight 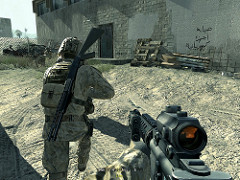 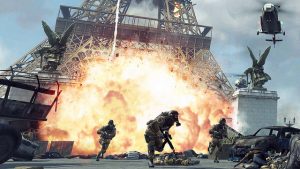 This week’s challenge focused about reading the flip-board magazine blogs. I read the following three and commented on them

All three are interesting blogs and are worth the time reading them.

My name is Zoumana, I’m fourteen, and I like many things.

One of my favorite pass times is playing videos games, I mostly play Destiny, however I also like drawing things I see in my sketchbook. I’m usually chill, but I can be noisy at times. My favorite sport is basketball, I’m not that good at it but I still enjoy playing and watching it. I like action and adventure movies, my favorite one is Men In Black. That’s petty much me.

My genius hour project is about feminism in 2016 and how the word feminism has been associated with other things. I chose this project because I saw many videos criticizing feminist and putting them in the same group as radical feminist. One thing that i learnt is that the word feminazi is used to describe radical feminist who accuse men for all of their problems. This made me grow as a person by making my understanding for feminist and my respect for them greater. What I learnt helped open others eyes and widen their understanding of feminism and make sure they can make the difference. In my next genius hour project, I will talk about the history of gaming and its benefits, this project will help clear the stereotypes people have about gamers that aren’t always true.

Technology can be used is many different ways to solve problems. This yeah we learnt some of these ways in the Technology course. Here is a list of what we learnt.

Each of those can be used to solve different problems in different ways. Blogging can be used to connect people that are far from each other, and can also be used to share ideas and it can also be a way to open peoples eyes by writing blogs that challenge issues and shows various points of views. Digital citizenship can help avoid online problems such as cyberbullying, It also keeps you and others online-save. Video design falls in a similar cater gory to Blogging it shared ideas and point of views and it can be fun and challenging to make them. Research and citation helps avoid many problems, such as knowing how to cite sources, knowing where to find that information, and as a result not being accused of plagiarism. Finally, Computer programming can be used to make applications, to mode, and also to make video games. Those are a few of the multiple ways what we learnt in Technology class can help us solve problems in the world, because with the internet you can connect to people all around the world.

Everyone is  hyping out about the new shoes, the Roshe Runs, they are actually really nice and I think I should get some too. Their diverse colours that can rage from black to white, from red to blue. My friends have some and each have a different pair. I should get my own pair like right now, you feel unique when you have a pair no one else you know has, until somebody gets them. If I ever get some I will get them blue with another colour, then I’m going to swag out.

Lord Salad Face is back in the tower. All of you destiny fans out there, yes you. We are going to grind the loot out of the iron banner and it will be amazing.as always behind the postmaster, the magical curtain strips disappear. Behind them, there he stands, LORD SALADIN, I prefer lord salad face. Gear up and get your skills straight because you must go in the crucible and fight for the SWEET SWEET LOOOOOOT!!! This time though, there is a new challenge, CLASH. Yes 6 vs 6. Well I don’t know about you but this weekend I’m getting the loot i deserve since i started playing this game. See you next time guardians and loot out!

Welcome to your brand new blog at Edublogs!

To get started, simply visit your blog’s dashboard, edit or delete this post and check out all the other options available to you.

We can walk you through step-by-step in our guide to getting started with your blog.